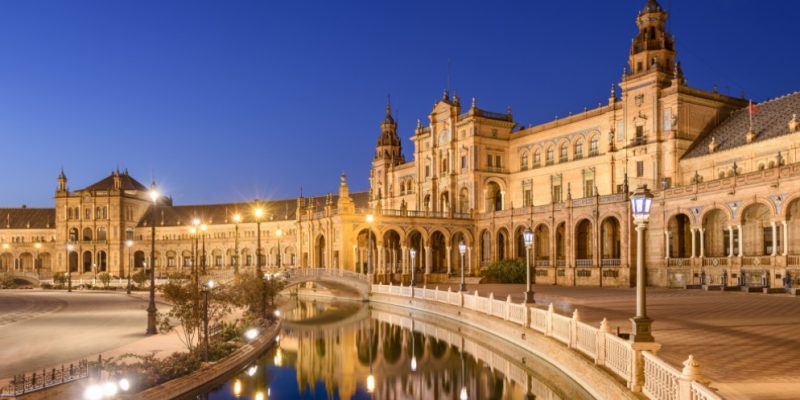 Seville, Spain, Andalucian way of life is distilled into its purest and most intense form, absolutely beautiful and Joyful

According to legend, Sevilla was founded by Hercules and its origins are linked with the Tartessian civilisation. It was called Hispalis under the Romans and Isbiliya with the Moors. The high point in its history was following the discovery of America in 1492. For all its important monuments and fascinating history, Sevilla is universally famous for being a joyous town. While the Sevillians are known for their wit and sparkle, the city itself is striking for its vitality. It is the largest town in Southern Spain, the city of Carmen, Don Juan and Figaro.

Seville is the capital of southern Spain’s Andalusia region. It’s famous for flamenco dancing, particularly in its Triana neighbourhood. Major landmarks include the ornate Alcázar castle complex, built during the Moorish Almohad dynasty, and the 18th-century Plaza de Toros de la Maestranza bullring. The Gothic Seville Cathedral is the site of Christopher Columbus’s tomb and a minaret turned bell tower, the Giraldo.