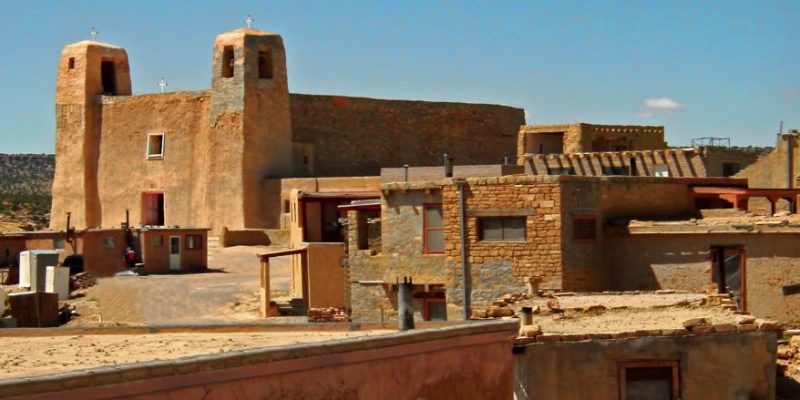 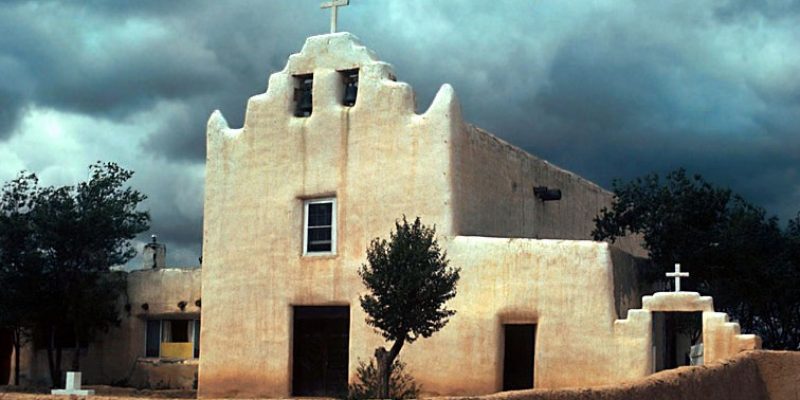 The Laguna Pueblo (Western Keres: Kawaik) is federally recognized Native American tribe of the Pueblo people in west-central New Mexico, USA. The name, Laguna, is Spanish (meaning “small lake”) and derives from the lake located on their reservation. The real Keresan name of the tribe is Kawaik. The population of the tribe exceeds 7,000 enrolled members, making it the largest Keresan-speaking tribe. Mission San José de la Laguna was erected by the Spanish at the old pueblo (now Old Laguna), finished around July 4, 1699.

The Laguna people value intellectual activity and education, so a scholarship program has led to many well educated Lagunas. Uranium mining on Pueblo of Laguna land has contributed to this scholarship program as well as to skilled labor learning among Laguna members. Lagunas and other Pueblos enjoy baseball. Like many Pueblos, the Laguna people are skilled in pottery.

The Pueblo of Laguna, the largest of the Keresan pueblos, is 45 miles west of Albuquerque on Route 66. Its most prominent landmark, the whitewashed St. Joseph Church, is readily visible from the road. The entire pueblo covers four large counties and includes the six villages of Encinal, Laguna, Mesita, Paguate, Paraje, and Seama. Listed in the National Register of Historic Places since 1973, the district consists of approximately 108 acres including a southeastern section of the pueblo that dates from the 1400s and a larger section established in 1699.

The historical record indicates that ancestors of the pueblo’s current residents have been in residence since at least 1300, and that people have inhabited the area since at least 3000 BCE. Pueblo tradition says that Pueblo people have always been there. Their Spanish name, Laguna, translates to lagoon and derives from a lake, now dry, once located in the pueblo. The local language is called Keresan, and the name of the people in that language is Kawaik. Prior to Spanish incursions in the region in the 1500s, Kawaik residents lived in a border region between Ancestral Pueblo people to the north and Mogollon people to the south. When Spanish people arrived there, they found a self-governing, agricultural society.

The pueblo we see today was established after the Pueblo Revolt in 1699 by a group of Kawaik people and other refugees from Cienguilla, Santo Domingo, Cochiti, and Zia Pueblos. It expanded rapidly, growing to the north, east, and west. The pueblo’s main village is built into the soft, light-yellow sandstone slope on the west side of the San Jose River. Buildings are of stone and adobe, and the St. Joseph Church, which dates from 1701, dominates the skyline. Agriculture continued to be a way of life, and pueblo visitors often remarked on the quality of their crops. Starting with a Baptist presence in the 1850s and a Presbyterian presence in the 1870s, Protestant Christianity gained strength in the community and resulted in a split and the establishment of Mesita late in the 1800s.

Route 66 bisects the heart of pueblo land. The initial 1926 alignment through this part of new Mexico curved north from Santa Rosa to Santa Fe, and then south to Albuquerque and Los Lunas, returning to an east-west alignment near Laguna. Route 66 through new Mexico was realigned in 1937 to eliminate this dramatic “S-curve” through the state, reducing its mileage from 506 to 399. The new alignment left Santa Fe and Los Lunas behind, but Laguna remained along Route 66. In the 1946 Guide Book to Highway 66, the author Jack Rittenhouse mentions the Laguna Pueblo as the only major pueblo still visible from the highway.

The Pueblo of Laguna is approximately 45 miles west of Albuquerque, NM, off Interstate 40 along the San Jose River. A main tourist destination is St. Joseph Church at 1 Friar Rd. The church is wheelchair accessible and is generally open to visitors 9:00am to 3:00pm Monday-Friday, but for more information call 505-552-9330. Large festivals open to the public occur annually on September 19 and March 19, and other events, both public and private, occur throughout the year. Much of the pueblo is private, and photography, drawing, and audio/video taping are not generally allowed, but visitors interested in seeking permission for these activities or to hike or drive in tribal areas should call 505-552-6654