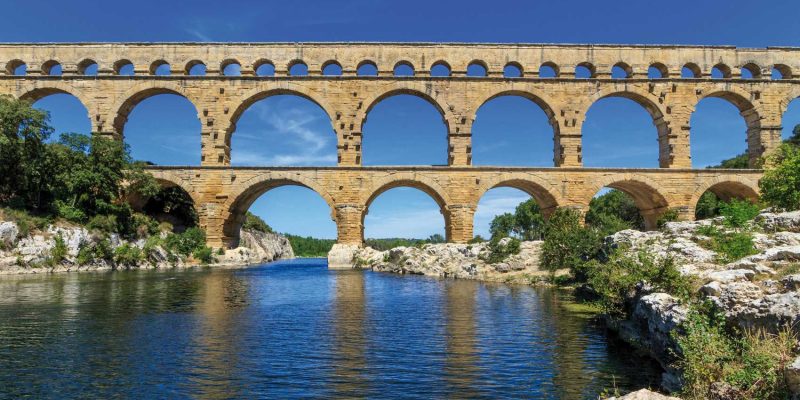 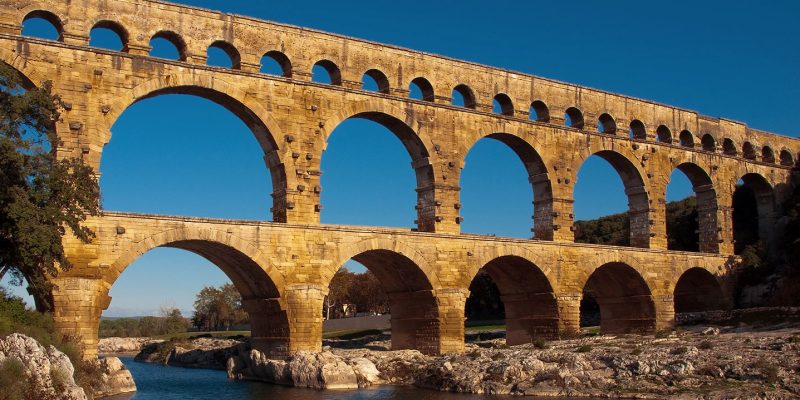 The Pont du Gard was built shortly before the Christian era to allow the aqueduct of Nîmes (which is almost 50 km long) to cross the Gard river. The Roman architects and hydraulic engineers who designed this bridge, which stands almost 50 m high and is on three levels – the longest measuring 275 m – created a technical as well as an artistic masterpiece.

The Pont du Gard is an ancient Roman aqueduct that crosses the Gardon River in southern France. Located near the town of Vers-Pont-du-Gard, the bridge is part of the Nîmes aqueduct, a 50-kilometre (31 mi) system built in the first century AD to carry water from a spring at Uzès to the Roman colony of Nemausus (Nîmes).[4] Because of the uneven terrain between the two points, the mostly underground aqueduct followed a long, winding route that called for a bridge across the gorge of the Gardon River. The Pont du Gard is the highest of all elevated Roman aqueducts, and, along with the Aqueduct of Segovia, one of the best preserved. It was added to UNESCO’s list of World Heritage Sites in 1985 because of its historical importance. The bridge has three tiers of arches, standing 48.8 m (160 ft) high.(Popes’ Palace) in the city center, which is surrounded by medieval stone ramparts.