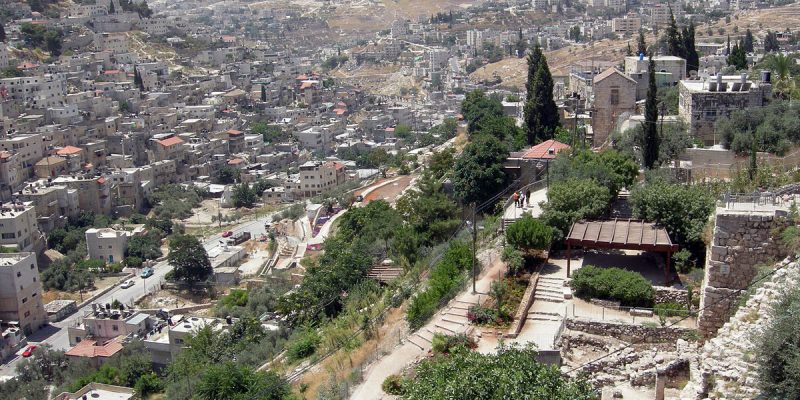 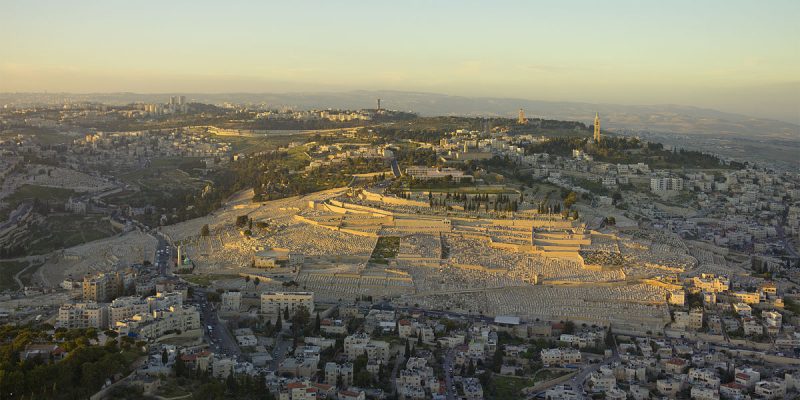 During the days of the Hasmoneans, Hellenistic culture influenced the building of elaborate tombs, and this practice continued into the days of the New Testament. Eight hundred tombs from the time of Herod have been discovered within a 3 mile radius around the city. Jesus was buried in a tomb that was being cut for a
Sanhedrin member outside the city walls to the west.

The Kidron Valley runs north-south between the Mount of Olives and the eastern wall of the Temple Mount and the City of David. This valley actually continues all the way to the Dead Sea. The total length of the valley is 20 miles, and it falls 4,000 feet.

The Gihon Springs naturally filled this valley, but the settlers of Jerusalem diverted the water into pools and channels to be used by the city.

The Bible describes David fleeing across this valley and up the Mount of Olives to escape his son Absalom:

Today there are many tombs and graves in the Kidron, since burying people here became a practice in the days of Josiah (2 Kings 23:6).

“The days are coming,” declares the Lord, “when this city will be rebuilt… The whole valley where
dead bodies and ashes are thrown, and all the terraces out to the Kidron Valley on the east as
far as the corner of the Horse Gate, will be holy to the Lord. The city will never again be uprooted or
demolished.” – Jeremiah 31:38-40