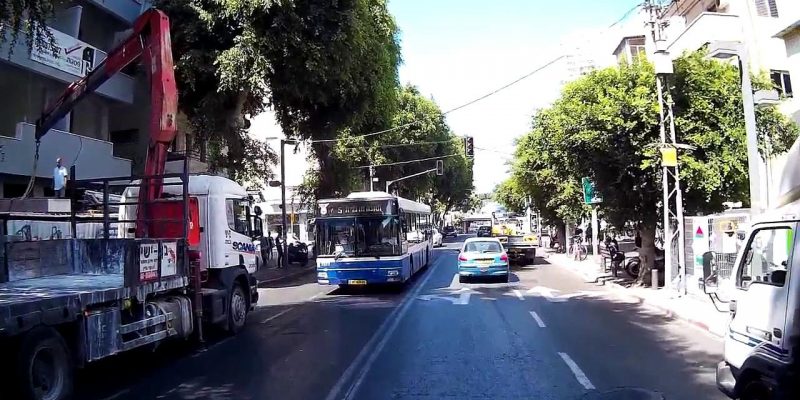 Dizengoff Street in central Tel Aviv is one of the city’s most iconic streets and feature some of Tel Aviv’s iconic Buildings which have given Tel Aviv the nickname the White City.

The streets runs through the ‘Old North’ of the city, right into the ‘Lev Hair’ – the center of town. The street is named after Meir Dizengoff, the first mayor of Tel Aviv and was built during the 1920’s as part of the original urban development plan of Tel Aviv.

Dizengoff Street and those surrounding it, particularly in the southern half of the street,

Dizengoff Street declined after the 1970’s and the opening of Tel Aviv’s most significant shopping mall, the Dizengoff Center in the southern portion of the street. In recent years, however, Dizengoff Street has seen something of a revival, with cafes and restaurants, boutique clothes stores, and numerous design shops opening up.

Dizengoff Street runs from Tel Aviv Port in the north, about 3km southwards, to its end at Ibn Gbirol Street, near Chen Boulevard and the Habima Cultural Center.