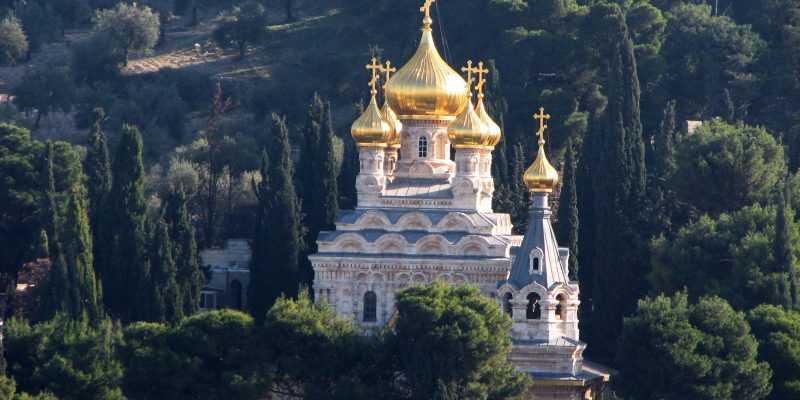 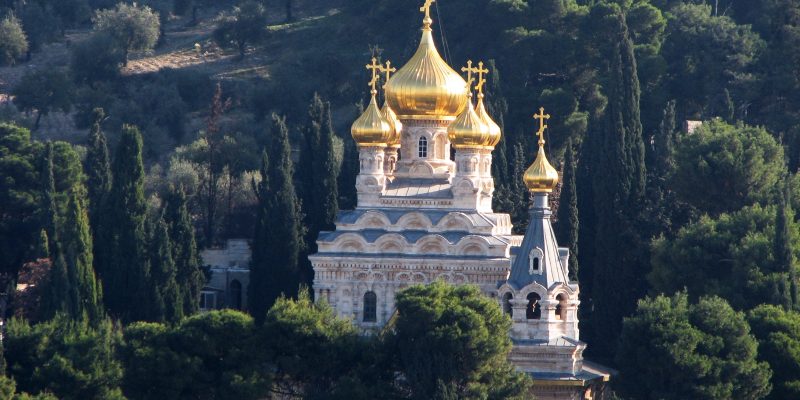 This beautiful 19th-century Church of Mary Magdalene is a iconic Jerusalem landmark on the Mount of Olives.

This beautiful 19th-century Church of Mary Magdalene is a iconic Jerusalem landmark on the Mount of Olives.

The Church of Mary Magdalene was built by Tsar Alexander III in 1888 in the traditional Russian style. Easily spotted from the Temple Mount, the Russian church’s seven golden domes have been newly gilded and sparkle in the sun. Combined with its multiple levels and sculpted white turrets, the church looks like something out of a fairytale.

The church is worth a close-up visit as well, for it stands in a tranquil garden and is filled with Orthodox icons and wall paintings inside. The crypt holds the remains of the Grand Duchess Elizabeth, who was killed in the Russian revolution of 1917. Also buried here is Princess Alice of Greece, who harbored Jews during the Nazi occupation of Greece.