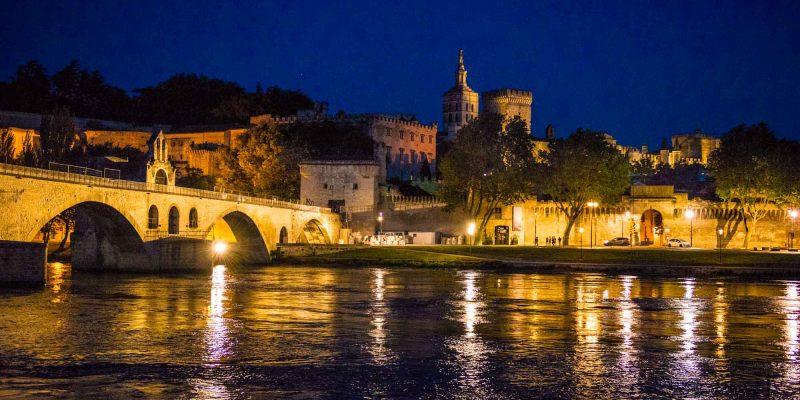 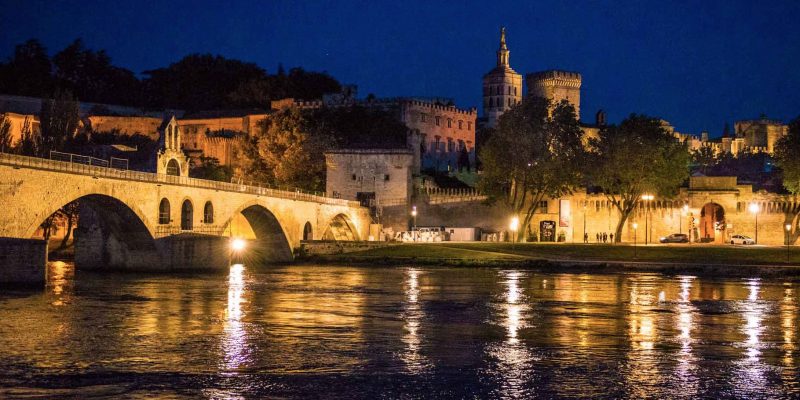 Avignon, France is set on the beautiful and scenic Rhône River. From 1309 to 1377, it was the seat of the Catholic popes.

In the 14th century, this city in the South of France was the seat of the papacy. The Palais des Papes, an austere-looking fortress lavishly decorated by Simone Martini and Matteo Giovanetti, dominates the city, the surrounding ramparts and the remains of a 12th-century bridge over the Rhone. Beneath this outstanding example of Gothic architecture, the Petit Palais and the Romanesque Cathedral of Notre-Dame-des-Doms complete an exceptional group of monuments that testify to the leading role played by Avignon in 14th-century Christian Europe.

Avignon, a city in southeastern France’s Provence region, is set on the Rhône River. From 1309 to 1377, it was the seat of the Catholic popes. It remained under papal rule until becoming part of France in 1791. This legacy can be seen in the massive Palais des Papes.