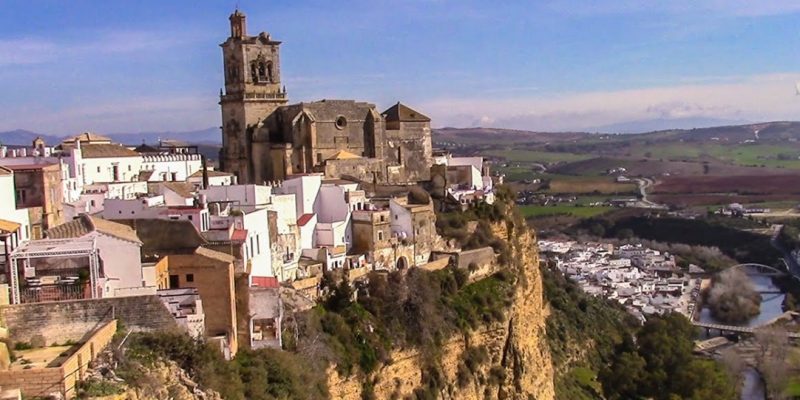 One of Andalucia’s most dramatically positioned Pueblos Blancos (white villages), Arcos balances atop a rocky limestone ridge, its whitewashed houses and stone castle walls stopping abruptly as a sheer cliff face plunges down to the fertile valley of the river Guadalete below.

Declared a national historic-artistic monument in 1962 in recognition of its exceptional architecture and impressive location, the old town is a tangled labyrinth of cobbled streets that lead up to a sandstone castle, the Castillo de los Arcos. As you’d expect from such a spectacular vantage point, there are exhilarating views over the town and the rolling plain below.

Although its time under the Moors was one of its most successful, Arcos has had a long history of occupation, as shown by the discovery of numerous archaeological remains from the Neolithic, Bronze Age, Tartessian, Phoenician and Roman periods. Plentiful water and its superb defensive hilltop location were the main attractions for settlers.