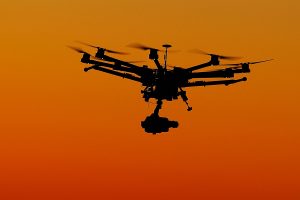 SYDNEY, AUSTRALIA – JULY 04: The custom built DJI s1000 Drone in operation at Palm Beach on July 4, 2014 in Sydney, Australia. Commercial and recreational UAV (Unmanned Aerial Vehicles) sales in Australia have regulators concerned about safety, privacy and security, while the commercial industries of mining, farming, property, and sport are embracing the new technology. Under the current CASA (Civil Aviation Safety Authority) regulations all unmanned aircraft weighing more than 2kg need to have a UAS operators certificate. Licensed operators are not allowed to fly above 400ft, not within 5km of an airfield boundary and can’t fly within 30 metres of people not involved with the operation. (Photo by Brendon Thorne/Getty Images)